With sports and events, what I shoot is happening live in front of me and I have little or no control over what is presented to me. I pride myself on preparedness and being able to take great photos no matter the situation, lighting conditions, weather, or time frame. I’m equally comfortable using natural light or lighting the entire scene. I’m skilled at safely using wireless remote cameras to make even stronger photos, capture creative angles, and allow me to be photograph the same thing from two or three vantage points simultaneously. I also pride myself on quickly delivering properly edited and captioned photos.

In addition to photography I’m a teacher, husband, father, tech geek, and sports fan. The kids I teach think I’m a pretty cool guy. I have a beautiful wife named Annette, a handsome son named Ben, a mom that raised me right, a grandma that’s the greatest person in the entire world, and an awesome dog named Floyd. 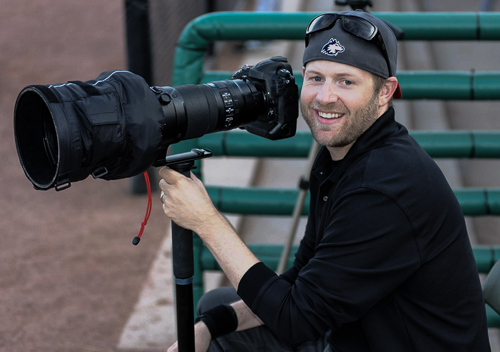